A woman is holding a white Dove that was released during a prayer ceremony at the celebrations of the Epiphany at the 'Qasr el Yahud' baptism site in the Jordan River Valley, near the West Bank city of Jerico. The Epiphany celebrates the baptism of Jesus, which is belived to be in this same location.

There are many pidgeons especialy white all around the site, they are being released by the clergyme during the ceremony at the Day of the Epiphany as part of the ritual commemorating the baptism of Jesus and his spiritual birth in the form of a dove coming out of the sky.
**Matthew 3:13-17**
"...Then John yielded to him. 16 After Jesus was baptized, just as he was coming up out of the water, the heavens opened and he saw the Spirit of God descending like a dove and coming on him. 17 And a voice from heaven said, “This is my one dear Son; in him I take great delight.” 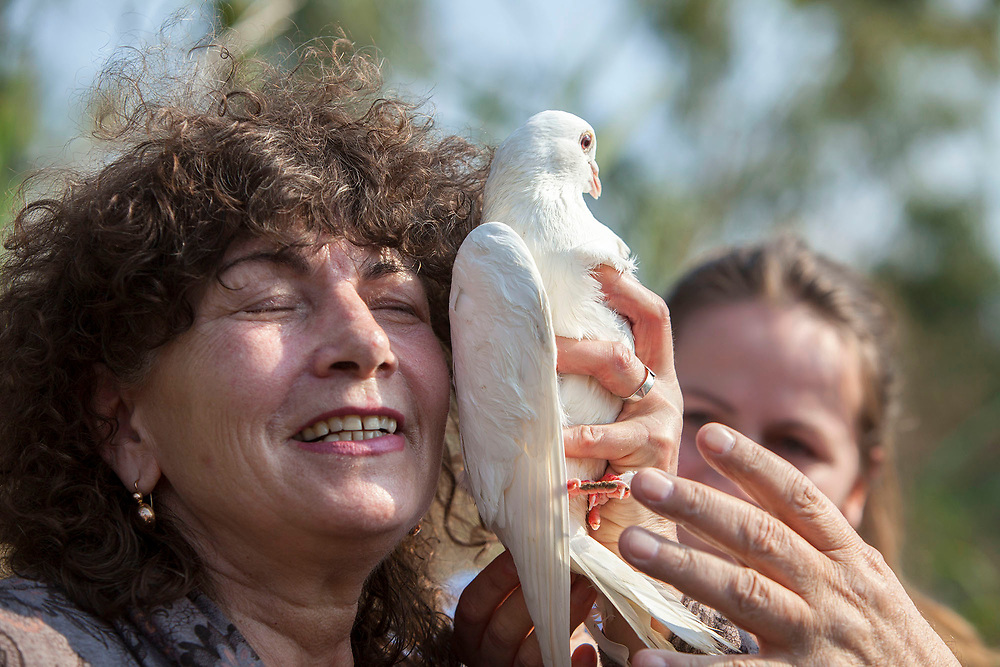