A participants in "The March For Life" is seen carrying a wooden cross prior to the beginning of the event, in Berlin's Mitte district, on September 16, 2017. In the center of the pro-life event was the call by the organizers for German politicians and society to take active action against a "silent increase of acceptance" of the phenomenon. Abortion in Germany is permitted in the first trimester of the pregnancy, with the condition of mandatory counseling and in a later period of the pregnancy in cases of medical necessity.
(Photo by Omer Messinger) 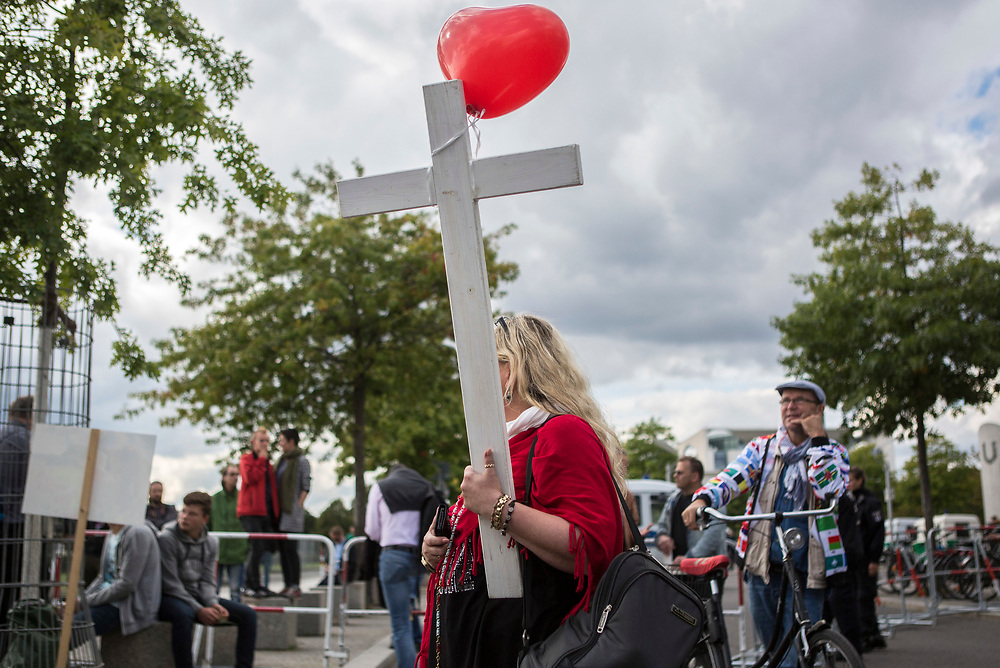