March 2, 2014 - Jerusalem, Israel. A massive crowed of Ultra Orthodox Jews gathered in Jerusalem to pray and protest against a consolidating bill that will order
the enlistment of members of its community to the IDF .The entrance to the Israeli capital was blocked as well as other roads leading to the area of the protest, including a part of the rout connecting Jerusalem to Tel aviv. The enlistment bill in its latest version will include criminal sanctions against Ultra Orthodox individuals that will evade the duty of military service. 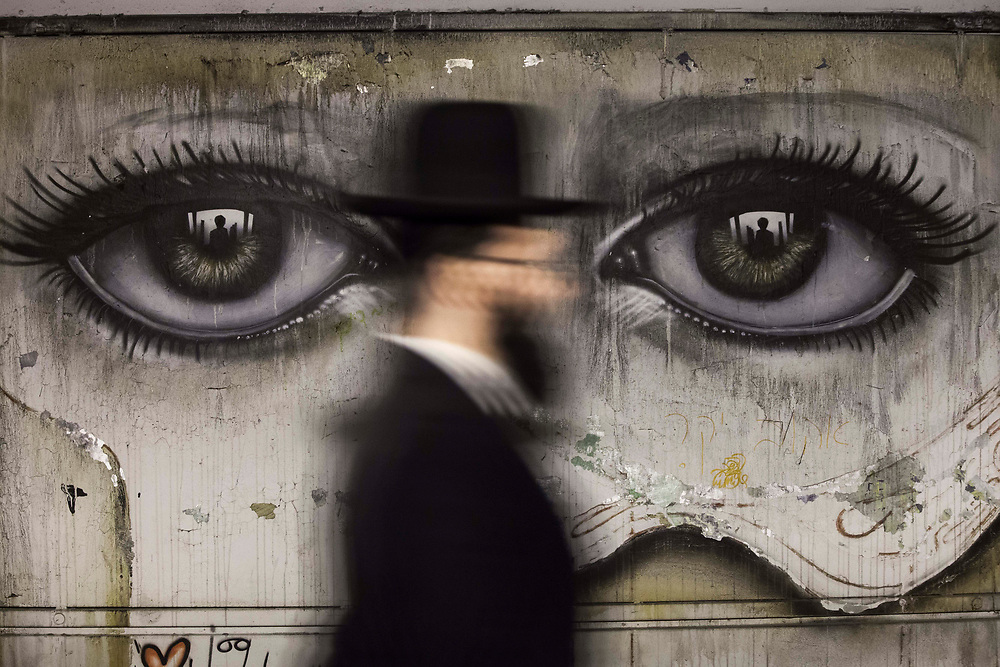