After The SPD Campaign Event In Berlin

Stage crew members are seen covering the letters of the SPD logo after a Martin Schulz (SPD) campaign event at the Gendarmenmarkt Square in Berlin, on September 22, 2017. Schulz, Chancellor Candidate and Head of the Social Democratic Party was chosen unanimously earlier this year to serve as the party's leader. As an outsider coming directly from a position in the European Parliament Schulz was trusted by his party's leadership to lead it to victory in the 2017 elections, during the first months of his campaign run he managed to keep a tight gap behind The Chancellor Angela Merkel, a gap that went broader and broader as the campaign moved on. General elections will take place in Germany, on September 24, current polls show that Schulz's party falls about 14 percent points behind The Chancellor Angela Merkel's party The Christian Democratic Union (CDU). He is supposed to face growing criticism from his fellow party members as it is predicted that its total vote count will shrink.
(Photo by Omer Messinger) 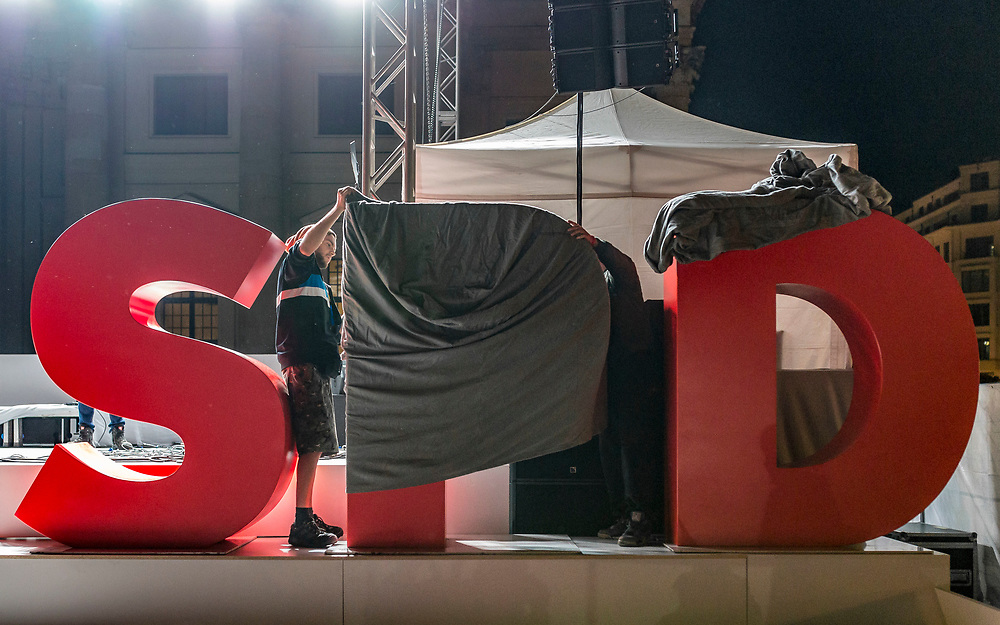